I earned an MBA from Canisius College in 1990 and began applying years of training and practice as a Mechanical Engineer to investment models. Many models using moving averages to trade stocks outperform on a risk-adjusted basis. (If the market is above its average—buy/hold; below average—sell.) GIN uses a 39-week average that, with back testing, has provided a sell signal before every major US stock market drop since it began in the 1920’s and generated less than 2 trade signals per year on average. The first table lists annual Rate of Return (RoR) for each year ending Friday of the 2nd full trading week of May. This reflects the GIN derivative model starting in May 1992, using mutual funds. I have a hard copy of each trade.

A pattern soon emerged in which US, International, and Money Market (later replaced by bonds) rotated in sequence. US usually rose first, followed by international. Then it, too, eventually fell below bonds. ETFs replaced Mutual Funds in the late 90s. The best International Fund has consistently been in Emerging Markets. The best US fund was a Small Cap until about 2003 when Information and Communications Technology became a separate sector. This sector has since grown to become Large Cap. I now trade among QQQ, EEM and BOND. (See the 1st table).

A string of poor performances from 2010-2013 arose from fear, as I failed to follow this model. I researched other market indicators as possible harbingers of future economic performance and found banking (see the second set of tables taken from my master spreadsheet). Banks (XLF) serve as lubricants for the economy and provide a window on its health. When the 39WD of XLF (column G) falls more than 3% below the S&P, its cells turn yellow, then orange at 6%, and brown at 9% below. (Managed GIN accounts were 3% less than shown). On the other hand, it turns green when it is more than 3%, light blue at 6%, and dark blue at 9% above. Note it’s prescience on both the 2016 post-election market bump. In back-testing, it provided timely prescience of the 2008, 2011, and 2015 drops.

I returned to the model in 2013. Proprietary algorithms inform trade points. The model provides peace of mind as we embrace economic risk and avoid individual business risk in our objective to double S&P's rate of return. We exceeded this goal from 1993-2009 (16.1% vs S&P’s 4.8%) and expect to do so again with our currently more robust model. For years 2014 through 2019, GIN had a Sharpe Ratio of 1.6 vs 0.0 in the S&P. This means that GIN had a much higher return per unit of risk. Past performance is no guarantee of the future.

In April, 2007 Globig Investments was incorporated, I became an Investment Advisor Representative of Hopkins Investment Management, LLC, and began managing other people's money, including some of his clients. 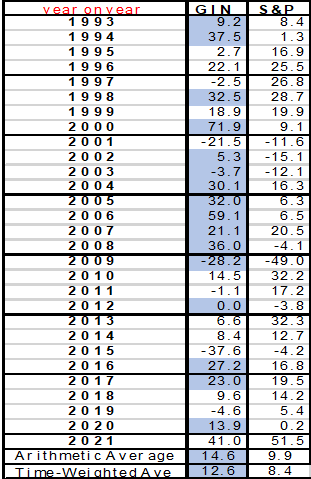 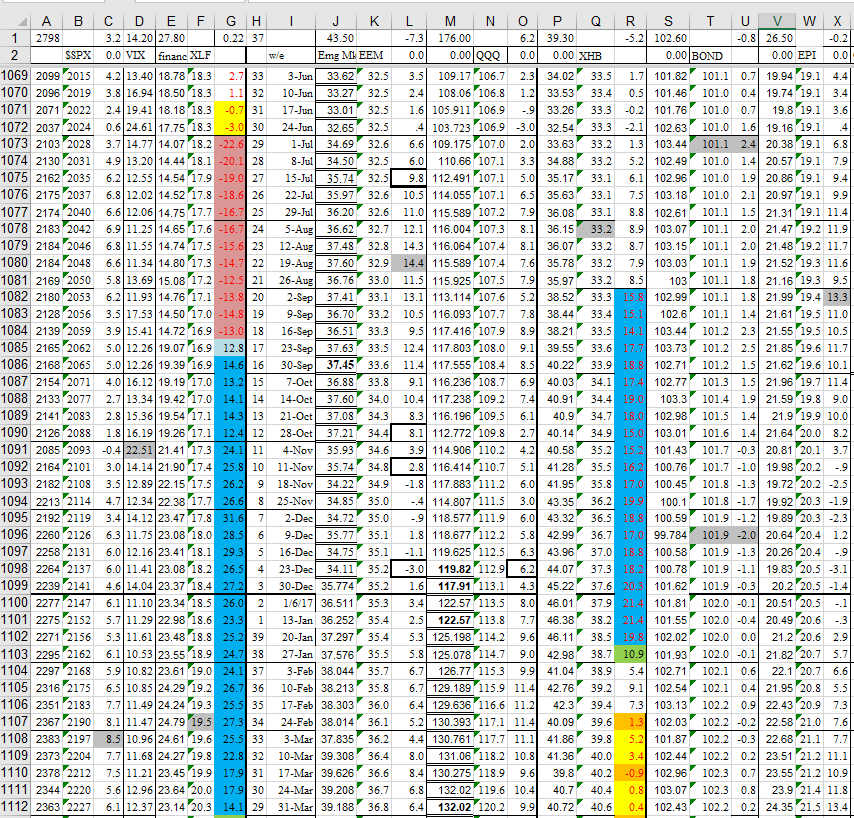 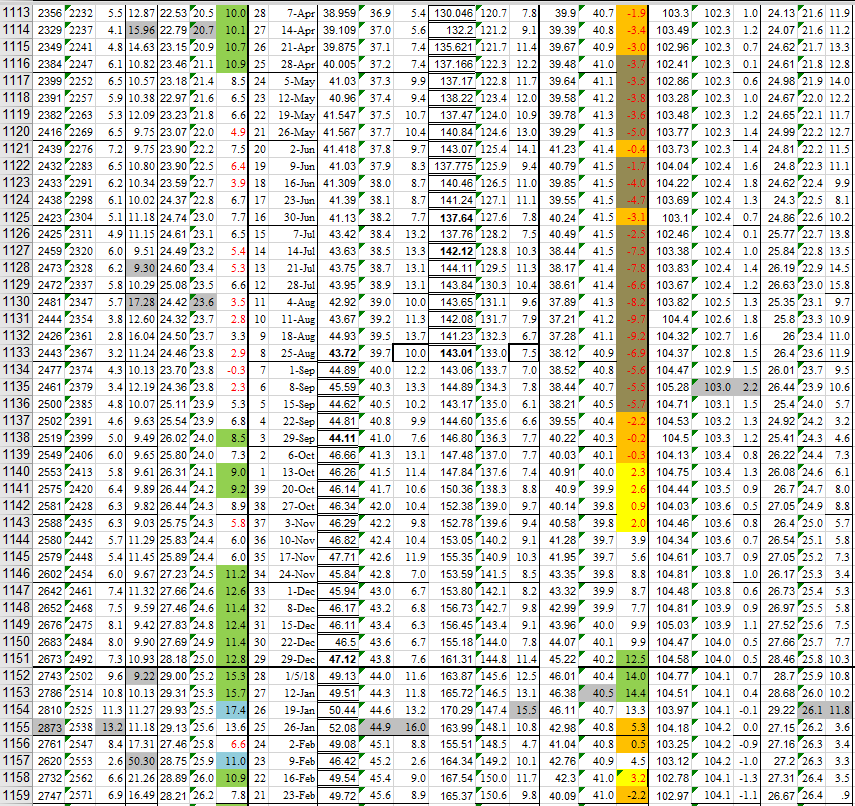 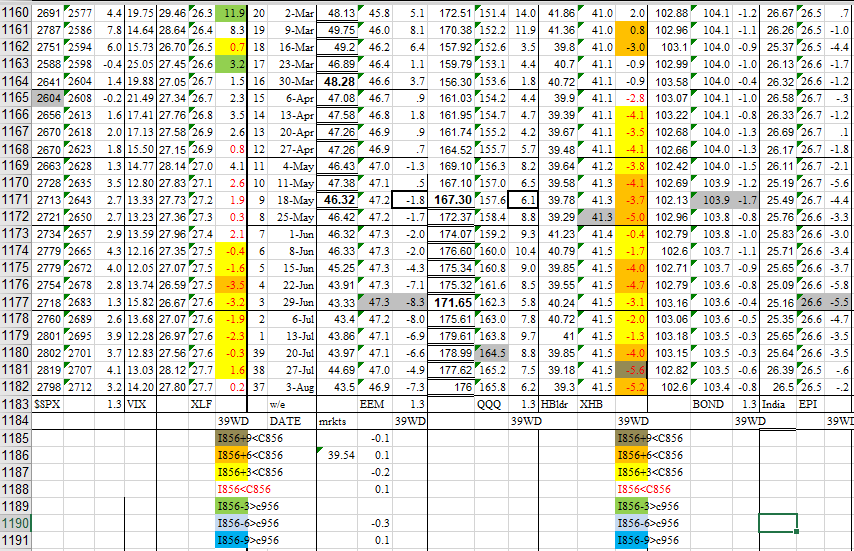